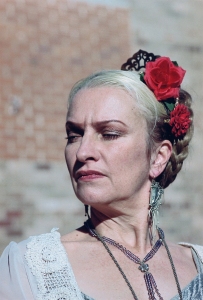 In 1995, my first year at the University of Queensland, I won the student union’s short story competition; twenty years later I was a finalist in the 2015 Cowley Literary Award. In between, I’ve been published intermittently but steadily, mostly non-fiction. From 1998 to 2010 I wrote regularly for Dance Australia magazine and The Australian, as well as the Sydney Morning Herald, the CourierMail and Tanz Europe. Although noted primarily for dance criticism, I’ve written on diverse other subjects for various publications including The (Brisbane) Review, online portal Tribe.com (both now defunct), and the South Sydney Herald. More an essayist than a reporter, I’ve published articles on subjects as varied as euthanasia, the perversities of the business suit and the death of Princess Diana.

My career in journalism has been largely accidental – I write for fun, to get something off my mind, for the all-too-often-all-too-modest profit, and because people seem to find my opinions entertaining. I’m open to more (and further) opportunities – reach me through the Contact page.